Groups from Arrochar Primary School stopped off during annual PTA forest track walk to be introduced to the Arrochar Community Hydro site access at Tarbet.

Jamie Wallace of Highland Eco Design, the principal design contractor, took a few moments out from managing project construction, as he demonstrated the operation of a model turbine and electricity generator.

Duncan MacLachlan a local founding director of the Arrochar Community Hydro Society set up by Arrochar & Tarbet and Luss & Arden Community Development Trusts to manage and operate the hydro scheme, for the benefit of their communities, provided further explanation of how the energy generated would be sold to the SSE National power distribution grid and following operation costs, will see profits coming into the communities to help run their facilities and fund local projects.

With the scheme initially proposed by landowner, Luss Estates and designed to operate for 20 to 40 years, and possibly much longer, it was hoped the schoolchildren would see the benefits from the project build and possibly be involved in deciding how the income would be used, even playing a part in it’s future governance and operation, working alongside Luss Estates providing the land for a peppercorn rent.

With Hydro power already a major feature in the area, the scale of the project was described as a mini-scheme, that was nonetheless important, as Scotland and the world strives to reduce carbon emissions and find a solution to reducing reliance on dwindling reserves of fossil fuels.

Scottish Renewable Energy sourced from Wind, Solar and Hydro was increasing to compensate for Power Stations that previously generated Electricity from Coal, Gas and even Nuclear Power, being shut down.

Keen to put their energy to work the children continued on their 3, 6 and 9 mile routes with an invite to see the new scheme when finished in March 2018 and possibly help to open the water pipe valve that would start the turbine, to begin electricity generation for a relatively small but long term community benefit. 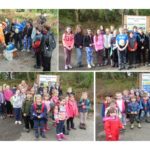 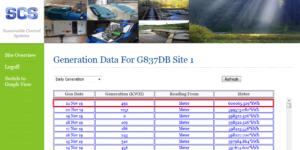