The 130kW hydro plant is located at the An t-Sreang burn, above Arrochar, in Argyll & Bute, Scotland. 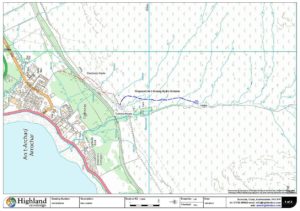 Originally, planning permission for the Project was obtained in July 2015 for a larger hydro project at the same location.  Site investigations revealed ground conditions which potentially made this larger project unviable.  The project was redesigned in light of these ground conditions and the size reduced to 130kW.  The project was granted a CAR licence from SEPA and grid connection permission from SSE Power Distribution.

The scheme is predicted to produce an energy yield of 411,970 kWh in a year of average rainfall.

Manage Cookie Consent
To provide the best experiences, we use technologies like cookies to store and/or access device information. Consenting to these technologies will allow us to process data such as browsing behavior or unique IDs on this site. Not consenting or withdrawing consent, may adversely affect certain features and functions.
Manage options Manage services Manage vendors Read more about these purposes
View preferences
{title} {title} {title}